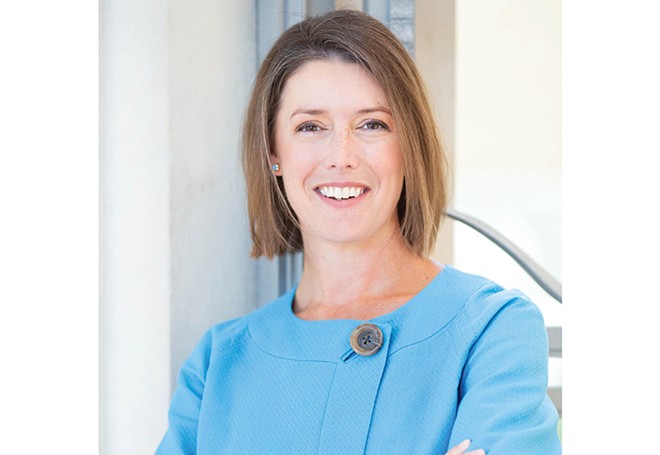 There's a saying that gets thrown around in the medical-marijuana space: The future of cannabis is female.

"I think women in traditional medicine are often second-class citizens," says Walsh, an OB/GYN and the founder of Women's Lifestyle Solutions, a practice focused on women's health and wellness that combines plant-based solutions with conventional medicine. "The medical cannabis space ... is providing avenues for a more female-centric growth and approach."

Walsh says that medical cannabis can be an effective and low-side-effect, alternative pain-management treatment for conditions that impact women, such as endometriosis, perimenopause, decreased sexual desire and pain with intercourse. That's why she incorporates its use in her practice, which employs a holistic approach to health, with a focus on weight management and hormone balancing as well as conditions that can be treated with cannabis.

Medical-cannabis research is still in its early stages, Walsh says. But the theory is that its use taps into the body's endocannabinoid system and the CB1 and CB2 receptors that exist in the visceral organs, such as the reproductive system, and which respond to naturally produced cannabinoids as well as those made by the cannabis plant.

"When you have a relative deficiency of cannabinoids, replacing that with phytocannabinoids, like CBD and THC, might restore our cannabinoid balance and improve health and sexual function and might also provide pain control for conditions like endometriosis," Walsh says of the theory.

The key, she says, is that the medical use of cannabis is relatively safe compared to conventional medicines, making experimentation possible.

She points to the example of a woman experiencing pelvic pain and cramping because of endometriosis. The normal course of treatment involves medicines with mind-altering effects beyond that of cannabis. There are also localized treatments, such as vaginal suppositories, that patients can try.

Treatment plans with medical cannabis need to be fine-tuned to each patient's needs, Walsh says, and St. Louis residents shouldn't think that they can get the same results without a physician and a certified medical dispensary, which offers dosage guidance and consistent access to products.

Walsh came to practice in the medical-cannabis space in 2019. Working in a private practice, she had begun to spend an increasing amount of her time focusing on weight loss and hormone balancing. As she was confronted with more patients with these conditions, she began to see early literature about the effectiveness of medical cannabis.

Simultaneously, Missouri had recently legalized medical cannabis, and it was starting to become more available.

"There was a lot more being written about it, a lot more discussion around it than there had been previously," Walsh says. "I think it was sort of in front of me at an opportune time."