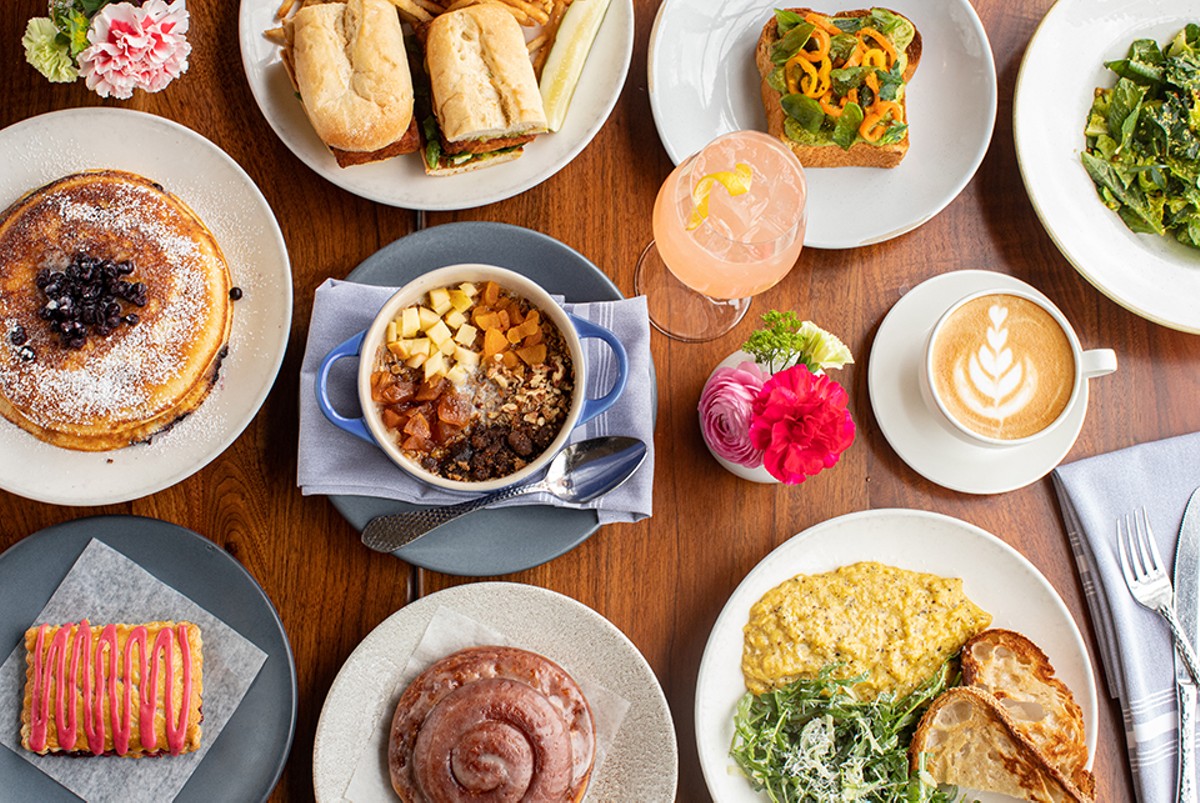 Mabel Suen
Bowood by Niche
Less a place to go for a bite to eat than an opportunity to bask in nature’s splendor, Bowood by Niche (4605 Olive Street, 314-454-6868) is a true culinary oasis. Located inside the stunningly beautiful, glass-enclosed Bowood Farms garden center in the Central West End, the restaurant feels like the culinary gem of the Garden of Eden. In such a lovely setting, you’d expect the atmosphere to shine more than the food, but thanks to chef Koda Williams, it’s the opposite.

Even a dish as humble as oatmeal is revelatory, served in a deep-blue Le Creuset and topped with brown sugar, apples, dried and jammed fruit, almonds, almond milk and cultured butter. Like all of Bowood’s breakfast fare, it’s a dish worthy of its gorgeous digs. —Cheryl Baehr