Brian Richard Kelly was driving 100 mph when he collided with an SUV, police say 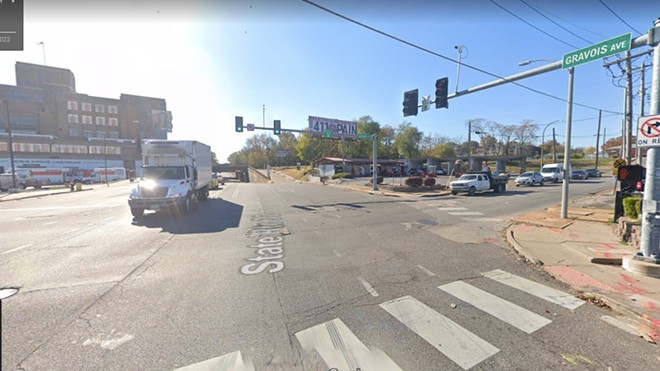 Prosecutors in St. Louis filed two felony murder charges against a 26-year-old Eureka man this morning. Brian Richard Kelly allegedly caused the death of two people when the stolen car he was driving collided with another vehicle in November.

Police say that Kelly was driving a stolen 2013 Cadillac XTS westbound on Meramec Street in south city, near the intersection with Gravois Avenue, at 10:23 p.m. when he rear-ended an SUV.

Kelly was driving at approximately 100 mph at the time of the crash. The speed limit on that stretch of Meramec is 30 mph. Half a second before the collision, Kelly was not depressing the brake pedal, according to the police probable cause statement.

The two women in the SUV were pronounced dead at the scene.

Prosecutors bring a charge of felony murder in cases when an individual causes the death of another while committing a crime, even if the intent was not to cause a loss of life.

Kelly has a significant criminal history, including four charges of stealing a motor vehicle filed in 2021 and seven charges related to shoplifting.

In addition to the felony murder charges, prosecutors in Circuit Attorney Kim Gardner's office have also charged Kelly with two counts of involuntary manslaughter and one count of tampering with a motor vehicle.