As corporations shy from facilitating the death penalty, the results include botched executions and increased secrecy

When Missouri executioners injected Kevin Johnson with a lethal dose of pentobarbital on November 29, few people were there to see it. One of only two reporters permitted to observe, Jim Salter of the Associated Press, described a quick and quiet end. Johnson closed his eyes while the drug took effect, and his spiritual adviser murmured Bible verses, including Psalm 23: "Yea though I walk through the valley of the shadow of death, I will fear no evil." 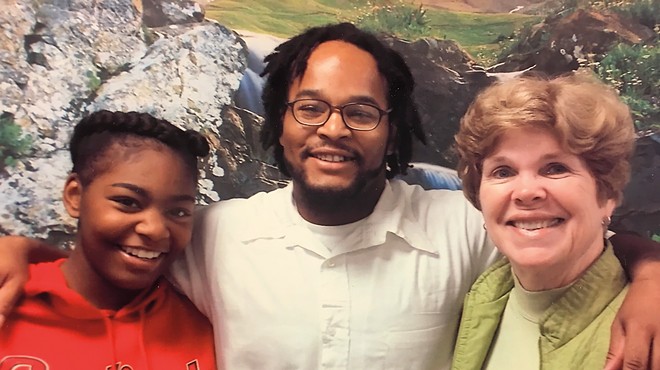 That was it, after all the appeals and protests, and nearly two decades after Johnson, then 19, shot and killed Kirkwood police officer William McEntee. Johnson's own life ended with a few grams of a sedative more often used to euthanize dogs.

This specific drug is one that Missouri has gone to great and secretive lengths to procure in recent years, as major pharmaceutical companies have objected to the use of their drugs to kill people — or stopped making such drugs altogether. The state has argued that the secrecy is to protect from protest or harassment those involved in the execution process. But there's another good reason: What's become public through investigative reporting and court proceedings is just embarrassing, including a dyslexic doctor admitting to sometimes confusing the names of drugs while overseeing more than 50 executions, and state-administered cash drug deals at a loosely regulated compounding pharmacy over state lines. As executions have declined across the country over the past decade or so, Missouri's is ultimately a story of a state adapting to overcome severe pressure, both political and logistical, to ditch the practice altogether.

And it shows that if a state is determined to kill a man, it will find a way.

In the United States prior to 2009, practically all of America's then-30-plus death-penalty states conducted lethal injections roughly the same way. The procedure involved a so-called cocktail of three different drugs: sodium thiopental to anesthetize the prisoner, pancuronium bromide to paralyze him, and potassium chloride to kill him.

Amber McLaughlin Is Next on Missouri's Execution List: The state plans to execute McLaughlin, a trans woman, on January 3

That began changing more than a decade ago, with a combination of American business decisions and European regulations. In 2011, America's only manufacturer of the anesthetic sodium thiopental announced it would no longer make the drug, which was also used in medical procedures, because the company couldn't guarantee its product wouldn't wind up in a death chamber. (According to manufacturer Hospira's statement at the time, this decision was partly philosophical and partly practical, to avoid liability in Italy, a death-penalty-opposing country where the company also operated.) The drug did have other manufacturers in Europe, but the European Union had stated a commitment to abolishing the death penalty worldwide, and was tightening up export controls on drugs that could be used in lethal injections. In the space of about a year, the U.S. lost much of its ability to either make or import what had been a key ingredient in executions.

By then, though, states including Missouri were already looking for alternative ways to kill death-row inmates. If American companies and European governments hoped to stop or at least complicate executions in the U.S., they also helped generate a wave of state-level experimentation with other lethal drugs. Missouri briefly stopped executing people between 2011 and 2013 while it hunted for alternatives. At one point, the state chose a single drug, the anesthetic propofol — the one involved in Michael Jackson's death. But that one was made by a German company whose American distributor demanded its supply back upon learning the drug had mistakenly ended up in an execution pipeline. In October 2013, the Missouri Department of Corrections found yet another solution: pentobarbital. The state resumed executions a month later, and executed nearly one inmate a month through 2014. (Then-Chief Justice Mary Russell of the Missouri Supreme Court said at the time that the state was working through a backlog.)

Meanwhile, dramatically botched executions involving various new drug cocktails proliferated elsewhere. In Ohio, Dennis McGuire snorted and choked for 25 minutes before he died. In Oklahoma, witnesses saw Clayton Lockett writhe in apparent pain for 15 minutes before they were instructed to leave the room, where he died nearly half an hour later. In Arizona, Joseph Woods gasped for nearly two hours before his death. Each incident involved a sedative called midazolam, which had apparently left each inmate conscious through a slow death.

How Missouri Prosecutors Get Away with Striking Black Jurors: It's illegal to eliminate a juror on the basis of race. But in practice, it's all too common

"This is a process that's only gotten worse," says Deborah Denno, a law professor at Fordham University who has studied execution methods for 30 years. When Denno first started working on the issue, she says, people worried that scrutiny and criticism of execution methods would force states to find ways to make it easier, or at least more efficient, to execute people. (Botches were not uncommon under the old three-drug regimen.) "But now we're executing even less and we have more eyes on the process than we ever had, but we've never had so many failed executions." As in, full-on failed, in the sense that the prisoner actually survived the execution attempt. Out of four such instances documented by the Death Penalty Information Center, three have occurred since 2011, two in Alabama in 2022 alone. As a result, Alabama suspended all of its executions the week before Missouri executed Kevin Johnson.

Pentobarbital, too, has been associated with outcomes that advocates for death-row inmates have argued amount to unconstitutional "cruel and unusual punishment." Missouri is one of five states that uses pentobarbital alone to execute prisoners. Autopsies of individuals killed this way have revealed the presence of frothy fluid in the lungs in more than half of the cases studied.

"They're pretty much drowning in their own organs collapsing," says Elyse Max, the co-director of Missourians for Alternatives to the Death Penalty. "There's no evidence that any of it's humane."

The Department of Justice has once again paused federal executions, after they briefly resumed during the Trump administration, while it investigates the "risk of pain and suffering" associated with pentobarbital.

In this context, Missouri works hard to keep the source of its execution drugs a secret. The handful of companies the FDA approves to sell pentobarbital all have policies that forbid selling it to state correctional departments for executions. Missouri for a time used a compounding pharmacy in Oklahoma to get the drugs, but was forced to switch suppliers after local reporters, including Chris McDaniel, then of St. Louis Public Radio, revealed the pharmacy's name.

Thereafter, Missouri got a court order to prevent having to disclose other suppliers. Nevertheless, in 2018, McDaniel, then at BuzzFeed News, uncovered the name of the new supplier, a St. Louis-area compounding pharmacy. He tweeted that it took him "Two failed open records lawsuits ... Three years of digging ... Getting the cops called on me ... [and] A state assistant attorney general calling BuzzFeed's lawyers to complain about me." But by the time his story was published, the supplier at issue had been bought by a subsidiary of Centene, which assured McDaniel that since being acquired the pharmacy "has never supplied, and will never supply any pharmaceutical product to any state for the purpose of effectuating executions."

Centene did not respond to multiple requests for comment. Karen Pojmann, the communications director for the Missouri Department of Corrections, wrote in an email: "Missouri's execution protocol, which is based in state statute, prohibits disclosing the identities of the execution team and the drug supplier. (In fact, I don't have access to the information you're requesting.)"

Next month, Missouri plans to execute another person from St. Louis County: Amber McLaughlin, who was convicted in 2006 of first-degree murder. Again the state will frame the killing as being done on behalf of its citizens. It just won't tell them where the drugs come from, or who's profiting from their sale, before all movement ceases.