The Best Things To Do in St. Louis During the Week, October 18 to October 19

Check out Private Lives, STL Foodies Night at 'Ssippi and the Art & Emotion of Color Tour

Not So Private If you liked Forgetting Sarah Marshall, then you should definitely check out Private Lives, the Noël Coward play that strikes many of the same comedic chords. Running through Sunday, October 23, at the Repertory Theater (130 Edgar Road, 314-968-4925, repstl.org), the show centers on characters Amanda and Elyot, who are divorced from one another. They have each just gotten remarried and are honeymooning with their new, younger spouses at the same French beach. They bump into each other in the first act. Antics ensue! Like we said, it's more or less like the Jason Segel movie, except written by a British guy with two dots above the e in his name. It's sophisticated. Go see a play. Remember what it was like to not be embarrassed when your coworkers ask you what you did last night. The show starts at 7 p.m. and is open through Sunday, October 23. Tickets run from $27 to $93. 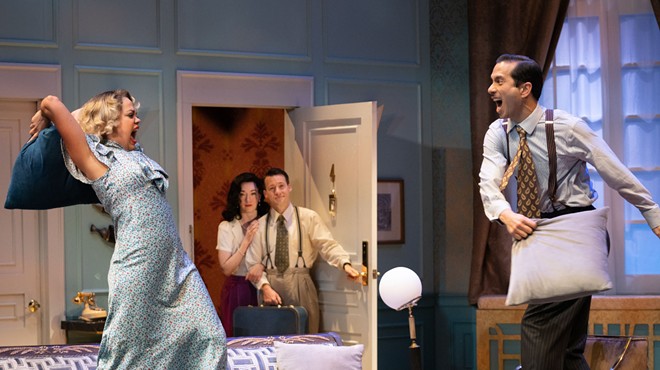 If you hear the word foodie and instantly think tweezer food, foam and insufferable folks talking about if their wine has good legs, STL Foodies is here to change your perception. The group, which is dedicated to celebrating all that is glorious about eating and drinking in St. Louis, is hosting STL Foodies Night at 'Ssippi (2926 Cherokee Street) from 6 to 9 p.m. For $50, you'll get a giant slice of Detroit-style pizza from local (and until recently top secret) Nicky Slices Pizza Club, two glasses of natural wine from 'Ssippi, dessert from Ice Cream for Bears, a Halloween movie on the patio and a special gift from STL Foodies. Tickets are $50. For more information, visit stlfoodies314.com.

Art in the City

Every city of even a little note has something in the way of galleries or museums that focus on visual art. But how many have a hotel/gallery mashup that actually slaps? St. Louis and our Angad Arts Hotel (3550 Samuel Shepard Drive, 314-561-0033, angadartshotel.com) has to be one of the few. You can walk into that fabulous combo at any time to check out the art, but why do so when you can get a tour with Vanessa Rudloff, arts relations manager and curator, during the Art & Emotion of Color Tour? She'll give you an inside look at the current exhibits and the hotel's artistic rooms and public spaces. End the tour on the Angad Rooftop Terrace, which has one of the best views of Midtown and downtown. The current show, the 6th Biannual Exhibition, features 36 regional artists' works displayed around the hotel's lobby, first floor and ART Bar. The tour kicks off every Wednesday at 11 a.m. and is free, but tickets are required via Eventbrite. 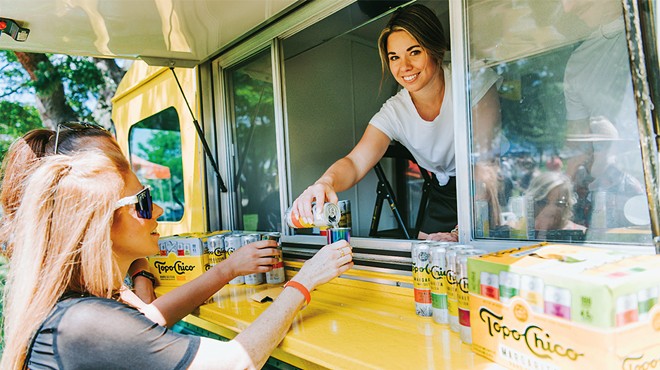 The Best Things To Do in St. Louis During the Weekend, October 13 to October 16: Check out the St. Louis Storytelling Festival, the Punk Rock Art Show, Seltzerland and more