The beloved neighborhood eatery, re-opening under new owners, has been closed for nearly a year 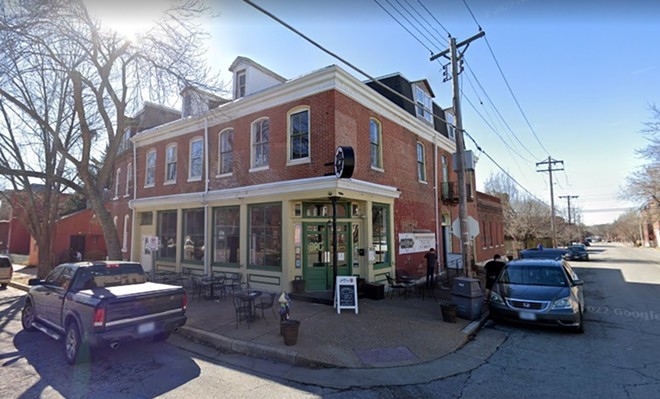 Image via Google Maps
The wait is finally over.

After nearly a year without its beloved neighborhood eatery, Benton Park residents have reason to celebrate: Benton Park Cafe (2901 Salena Street, 314-661-2368) will re-open at 7 a.m. this Thursday, January 19.

The news was announced on Benton Park Cafe's Facebook page this past Sunday in a short post, noting that the restaurant had one more inspection hurdle to cross this week, but that all signs point to the breakfast-and-lunch spot being able to open as scheduled.

"We are really excited to get this place reopened," co-owner Gavin Haslett tells the Riverfront Times. "We've pretty much kept things the same as we intended to all along; our focus has been on trying to maintain or improve the food quality in any areas we can and on retaining as much of the original menu as possible. We are mostly opening the same cafe as the previous owner had before — we have the same coffee vendor, many of the same suppliers are back at the table, and we even have a lot of the same front-of-house and back-of-house staff back, so it should be very consistent with what people knew."

Founded in 2007 by Jessica Lenzen and the late John Caton, Benton Park Cafe has been shuttered since last April. Originally, Lenzen intended for the closure to be temporary, but as the renovations lagged on and she became further removed from daily operations, she began questioning whether or not she wanted to continue on in the business. Longtime patrons and local entrepreneurs Haslett and his business partner Elicia Eskew had been looking to take on a new venture, so when they got wind of Lenzen's intentions to pass on the torch, they began negotiations that resulted in them taking over the cafe last fall.

Since then, Haslett and Eskew have been working hard to get Benton Park Cafe open for business, working with Lenzen to make sure they carry on its traditions. As Haslett told the Riverfront Times when he first announced the arrangement last November, he and Eskew see themselves as stewards of the restaurant's legacy and have no intention of turning it into something it's not.

"We want to bring back the same identity that the place had before it closed," Haslett told the Riverfront Times last November. "We loved what they were doing before so much, so why change it? It's a success, so we want to keep going with that."

Haslett is confident that he and Eskew have achieved that goal. He describes the restaurant's menu as essentially unchanged; though they have taken off one or two items that did not sell well in the past, and  they have added a few things that they feel diners will love. These include several gluten-free offerings, such as toast and pizza crust for their popular breakfast pizzas, which people have been requesting since they learned that the restaurant would have new owners. It's one of the few tweaks that longtime regulars seem willing to accept.

"The number of people who reached out and congratulated us has been unbelievable," Haslett says. "They told us how excited they were, and then immediately jumped into telling us we shouldn't change anything. They are really excited to come back and have the same food, experience and space that they had before."

One difference customers will notice is that the restaurant does not yet have its liquor license. Haslett emphasizes that this is just a temporary situation and that he anticipates they will have it soon, perhaps within the month. However, he believes that there is so much demand for the cafe's food, coffee and atmosphere that he and Eskew could not justify holding off any longer.

"We are really excited to get open, and we can't wait to experience the love that the neighborhood has for Benton Park Cafe in person, instead of just on Facebook."