When CITYPARK hosts its first professional soccer game on Wednesday, it will have an array of local food for fans to enjoy.

And that's maybe an understatement. CITYPARK won’t just offer some Kaldi’s Coffee here and some Steve’s Hot Dogs there. The entire stadium will be full –– 100 percent full –– of food and beverages vendors from across the St. Louis area.

On Monday morning, the team shared a list of 20 additional area food and beverage vendors that will be represented in the brand-new Downtown West MLS stadium.

“We want a majority of this to be smaller operators, whereas you usually see the reverse in these major stadiums," chef Gerard Craft tells RFT. "You see a lot of Chick-fil-A and Papa John's.”


The food will be available in 52 locations across the stadium when CITYPARK holds its first professional game Wednesday. After flooding and electrical issues delayed the stadium opening over a month, City SC 2 will take the pitch against German team Bayer 04 Leverkusen in a friendly match.

When the MLS team arrives in 2023, it will be the first to have a stadium with 100 percent local offerings. The stadium will also offer advanced technology for food orders, including digital menu boards, walkout markets and mobile wallet-pay technologies. 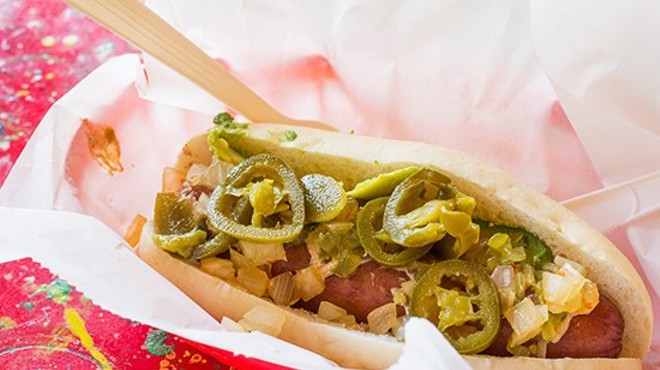 St. Louis CITY SC Will Be the Only MLS Club with All-Local Concessions: Steve's Hot Dogs, Balkan Treat Box and BEAST Craft BBQ are among the highlights


Since the St. Louis MLS team was announced in 2019, the team received more than 10,000 suggestions from community members, ultimately whittling the list down to 24 selections. The team says it will continue to expand its offerings by the time the MLS team starts play in 2023.

“There wasn't really a roadmap for this, because everybody was like, ‘Don't do that. That's not gonna be the most profitable option,’" Craft says. "But, thankfully, our ownership group was so supportive of saying, 'We want this to be something special and something different. Let’s look at the profit after. Let’s just try to make this something that is going to really represent St. Louis.'”