Reports That Jana Elementary Is Not Contaminated Rock Hazelwood

If you’re an optimist about the future of Jana Elementary School, then you got a big dose of very good news Tuesday night.

That’s when the employees of SCI Engineering told the Hazelwood School District Board of Education that an earlier report of dangerous levels of radioactive waste at Jana are exaggerated, and that the neighborhood school in Florissant remains safe for staff and students.

Glen Grissom, a geologist and SCI environmental consultant, told the school board his firm’s analysis of dust and soil samples collected in and around Jana showed results consistent with normally occurring radiological material in the atmosphere.

“Jana Elementary is as safe as any other school,” said Grissom, whose firm had been hired by the school board to perform an independent evaluation.

Jana has been closed and its nearly 400 students forced to take online classes since mid-October, when a firm named Boston Chemical Data, of Natick, Massachusetts, released a report stemming from a lawsuit. The report indicated unsafe levels of radioactive waste were found in and around the school, including dangerous levels of a radioactive isotope called lead 210.

On November 1, the Hazelwood School Board approved a controversial plan to disperse Jana students and staff among five other Hazelwood schools on November 28, after the Thanksgiving break. 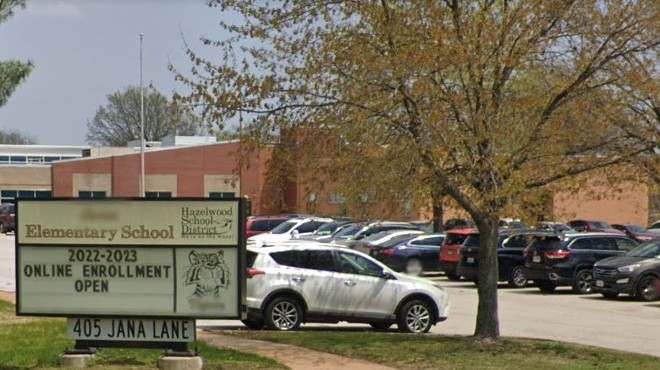 Irate Parents Question Jana Elementary Over Rezoning Plan: They accuse the Hazelwood School District of acting in secrecy and moving too fast

SCI and Boston Chemical were two of three entities that provided Hazelwood board members their assessments of the Jana school site.

The U.S. Army Corps of Engineers, in its analysis, also concluded the Jana site is safe, though nearby Coldwater Creek still needs to be cleaned up.

Meanwhile, Boston Chemical Data doubled down on its conclusion that Jana remains unsafe for staff and students to return.

Marco Kaltofen, who holds a doctorate in civil engineering and who wrote the Boston Chemical Data report, told the board he’s been studying radioactive contamination in Coldwater Creek since 2014.

Kaltofen said his analysis — funded by two law firms and based on testing from a pair of nationally accredited laboratories — differed from the Army Corps’ approach in two key ways: First, its focus on analyzing lead 210, a radioactive form of lead that is one of the most important sources of risk to people exposed to waste generated by Mallinckrodt Chemical, whose north county facilities processed uranium for nuclear weapons during the 1940s and 1950s. That waste leached into Coldwater Creek, which flows near Jana and is the source of contaminated soil around it.

“Lead 210 was in fact the radioisotope that was found in the greatest quantity when we did our work,” Kaltofen said, noting that the Army Corps had tested only a few samples for lead 210, which is what “I believe is the isotope that is most important in terms of risk in terms of students and staff at the Jana Elementary school.” And at Jana and nearby sites, lead 210 was found at levels 22 times normally occurring background levels, Kaltofen said.

A second difference in approach from the Army Corps’ testing was Boston Chemical's use of x-ray analysis of micro-particles, Kaltofen said.

“We have found something like over 400 potentially radioactive micro-particles,” Kaltofen said. “And of these samples, we have taken of the entire north county area, unfortunately, five of the seven worst results that we got for radioactivity that we got from these microparticles, came from either the Jana School itself or from the neighborhood around the Jana school.”

In a remarkable display of dueling experts, Grissom, of SCI, rebutted Kaltofen’s conclusions, calling the emphasis on lead 210 in the Boston Chemical report “a red herring” that’s “in there to try to confuse you to make it look like there’s something going on here that’s not here.”

Grissom noted that lead 210 particles are washed away from outside surfaces during rainfall, and collect naturally at the edges of pavement.

“All you got to do is go to the edge of any pavement in the country and you’re going to find high lead 210,” Grissom said. “That’s not a proper scientific assessment. That’s cherry-picking a result to scare people.”

Board member Sylvester Taylor II, who noted that two of his siblings suffer from cancer, could hardly contain the frustration he felt at the end of Grissom's presentation. It became clear to him that the three entities that had studied contamination around Jana had arrived at three different conclusions.

“That’s tough,” Taylor lamented. “Because we have one report that’s screaming the sky is falling. ‘Take the kids out. Oh my God.’ The Army Corps goes, ‘Hey, we’ve remediated all of this, we got a little more to do, but for the most part the school is clean.’"

Taylor sighed audibly, then locked eyes with Grissom and said, “In your professional opinion, I’m going to ask you in front of everybody, would you send your kids to Jana?”

Grissom declined to answer Taylor’s question, turning instead to the woman to his right, an SCI hazardous waste expert named Jessica Keeven, who is also a Jana alumnus.

“How about asking Jessica?” Grissom said.

“I would absolutely send my kids here.”

Even so, Ashley Bernaugh, the Jana Parent-Teacher Association president, told an RFT reporter as she left the meeting that she was not pleased by what she had heard.

“I am hopeful that Jana will be properly remediated,” Bernaugh said. “But the plans tonight do not include proper remediation for Jana Elementary. I do not have a good idea as to whether or not it will reopen. But we absolutely want Jana fully remediated and re-opened. It is an important community space.”

Meanwhile, after the meeting, Kaltofen slammed Grissom’s conclusions, saying they fly “in the face of 25 years of consensus in the St. Louis area that there are problems because of the Mallinckrodt waste.”

Kaltofen paused for a moment to offer his summation of Grissom’s analysis.

“It wasn’t Radiation 101,” he said. “It was a kindergarten class in ignoring radiation.”