Wohl Community Center seems like a normal rec center. But thanks to coach Michael Nettles, it's forged NBA and college basketball superstars 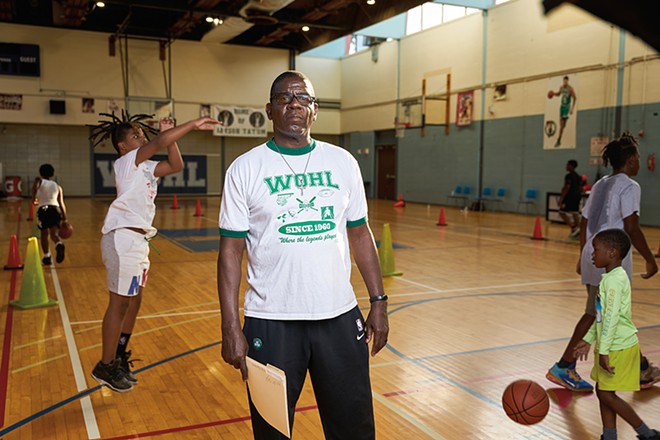 THEO WELLING
Michael Nettles, 58, a staffer at the Wohl Community Center, is the architect behind this sports institution.

It feels like a normal day at the Wohl Community Center — kids running everywhere and adults doing their best to keep up. Then, suddenly, out of nowhere, Jayson Tatum appears. Shrieks echo throughout the building. Jayson Tatum, the Jayson Tatum, the Boston Celtics player who people are calling the next all-time great, is walking through this recreation center in north St. Louis.

The entire place orbits around him. Kids, grandmothers, volunteer coaches, even babies and staffers. Everyone is running up to Tatum. Some want a photo. Some just want to see him in the flesh. The NBA star towers over everyone; his head looks close to hitting the ceiling, as if he no longer fits.

Tatum, now 24, was once one of these Wohl kids. Up until high school, Tatum traveled to Wohl multiple times a week from his home in University City. There was always something going on: a pickup game, a workout, a men's league game, kids shooting pool.

"That's just kind of how it was," says his mom, Brandy Cole-Barnes. "They don't turn anybody away."

As a kid at Wohl, Tatum saw his first Bentley in the Wohl parking lot, when two NBA players pulled up to play in a Pro-Am game, his mom says.

Now, Tatum is that NBA player, returning to Wohl multiple times a year. He paid for the basketball court to be refurbished and for a new computer lab. He also hosts an annual summer basketball camp. He even brought ESPN to the court for an exclusive interview.

On this Tuesday afternoon in August, Tatum is running a backpack drive, complete with Jordan bookbags, Beats headphones, notebooks, pencils, Chick-fil-A chips and Celtics hats. It's for Wohl kids –– and Wohl kids only. There's no press, no fanfare. Tatum's family is there, including his four-year-old son, Deuce, who chases a bouncy ball around the gym with Wohl kids.

Any rec center with Jayson Tatum to its name would have a lot to boast about. And Wohl does. Tatum's name is plastered on the hardwood floor that he donated. A banner in the gym reads, "Home of Jayson Tatum."

But there's also a wall-length glass case in the hallway, layered with foot-long trophies earned by former Wohl legends who went on to star in college basketball and the NBA.

Wohl, they say, is the mecca of St. Louis basketball. 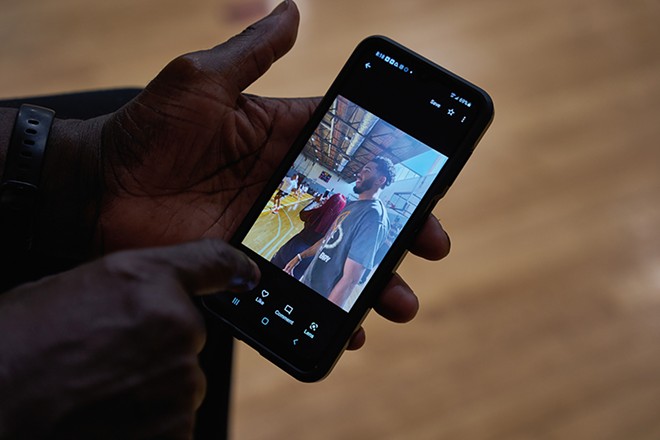 THEO WELLING
Nettles shows an image on his phone of Jayson Tatum visiting Wohl Center. The NBA star grew up coming to Wohl and now supports the center.

The rec center has produced elite athletes: NBA players including Tatum, Larry Hughes and Patrick McCaw and college superstars including Torrence Watson, Courtney Ramey and Caleb Love, who recently led North Carolina to the March Madness finals. There are also countless local legends who never made the NBA but old timers still mythologize, like Antonio "Windmill" Rivers, whose head nearly hit the rim when he dunked.

This is a public rec center on the corner of Kingshighway Boulevard and Dr. Martin Luther King Drive, where the grass is unkempt and the rims seem a little too high.

Yet, somehow, it continues to produce some of the best basketball players in the world.