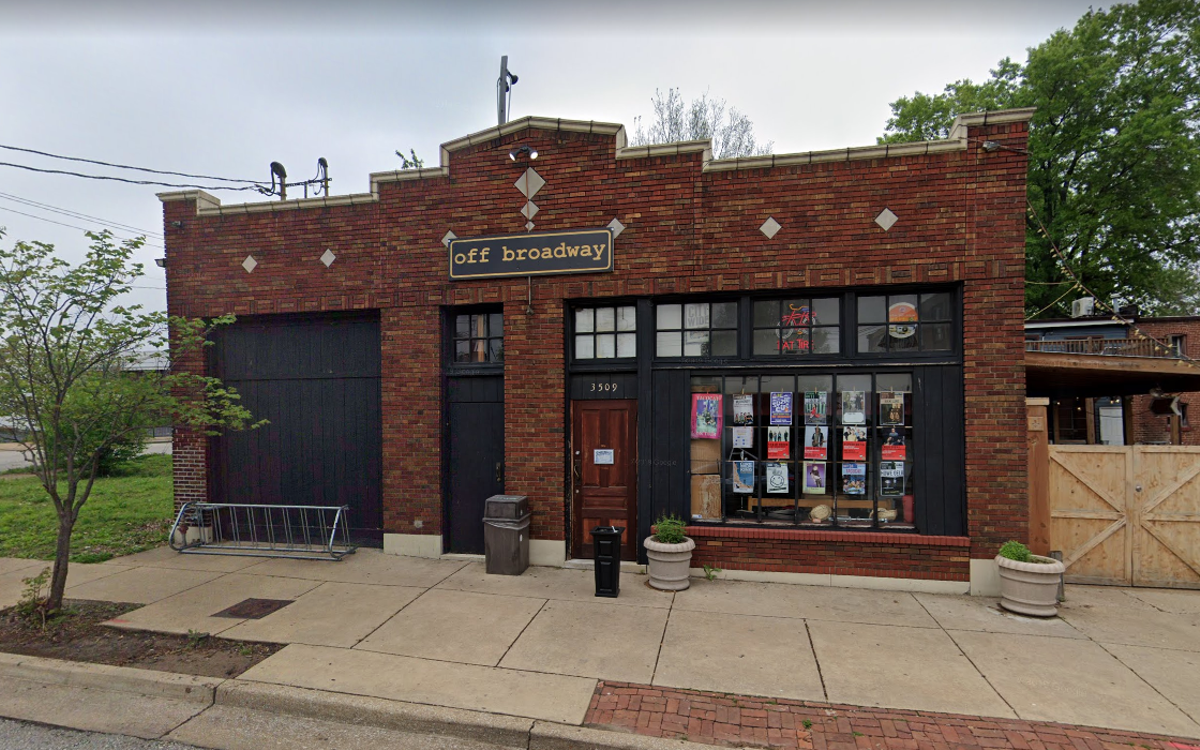 Screengrab via Google Maps
Off Broadway.
St. Louis is spoiled for choices when it comes to rock clubs, and while a number of stages throughout the city could be considered the “best” on any given night, Off Broadway (3509 Lemp Avenue) has to be given the nod for its rigorous schedule and the consistent delivery of quality sound from its production staff. While many local venues were shuttered as a result of COVID-19, Off Broadway emerged from the pandemic as a flexible space capable of serving a diverse audience starved for live music. Sure, there are bigger rooms in the river city, but Off Broadway manages to offer a complete concert compound that can scale from an intimate acoustic affair to a raucous, multi-stage event. Owner Steve Pohlman regularly works with local musicians to bring festival concepts and special events to life, effectively building on Off Broadway’s rich musical heritage with each show. The best rock venue in St. Louis operates as a jet stream for up-and-comers to ride while presenting nationally renowned touring artists with solid acoustic clarity. —Joseph Hess