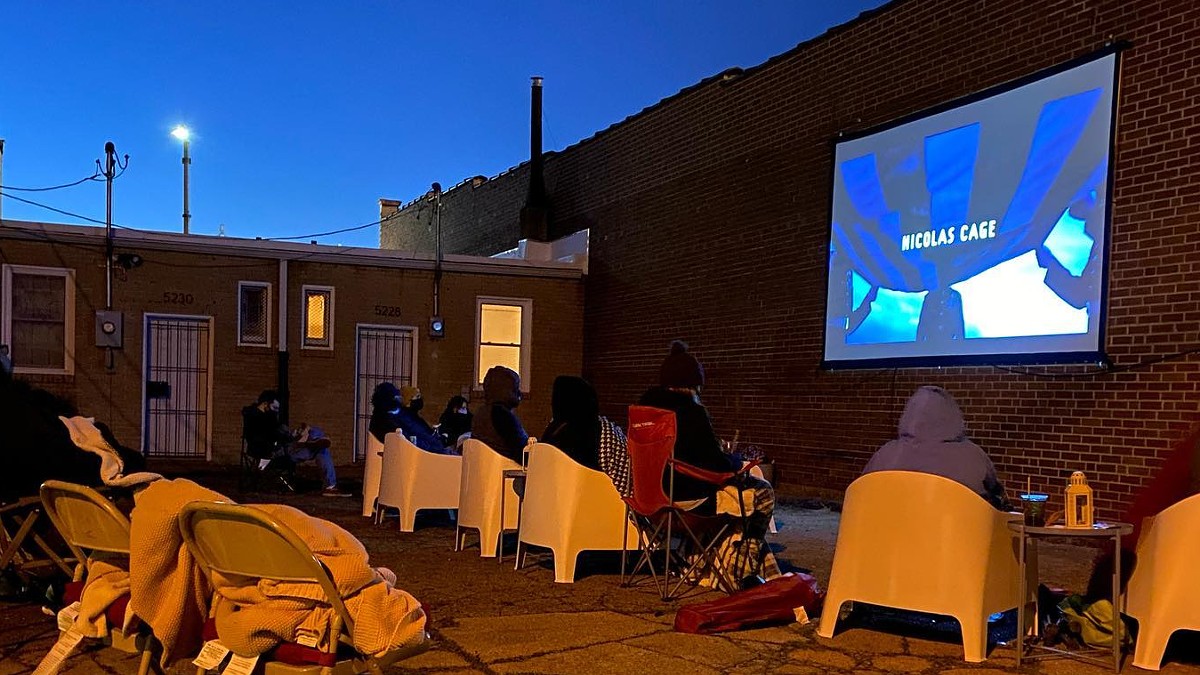 COURTESY PHOTO
Arkadin Cinema.
Situated next to the Heavy Anchor in the Bevo Mill neighborhood, Arkadin Cinema & Bar (5230 Gravois Avenue, 314-221-2173, arkadincinema.com) is an al fresco theater screening an eclectic array of new and old films. Husband-and-wife cinephiles Keith Watson and Sarah Baraba initially envisioned a 45-person indoor cinema, but opening in 2020 meant they had to move the screenings outside to their “backlot.” Despite the slight change of plans, the Arkadin has been incredibly well received by moviegoers who love its offbeat and under-the-radar programming, which is even better because it often comes with a local connection. For example: On a recent Saturday, Arkadin screened the 1972 Romanian children’s film Veronica. The version of the film that had been available for years in the States was poorly translated, but a St. Louisan took it upon herself to create a better edition, which the Arkadin premiered. The microcinema’s most popular event has been Drinkolas Cage, which makes drinking games out of Nic Cage classics. Now that COVID-19 has finally gone from pandemic to endemic, Watson and Baraba expect the indoor theater to be open later this year. —Ryan Krull